From the Acropolis to Omonia Square, with the half-day sightseeing and Acropolis museum tour you'll see all the famous sites of ancient and modern Athens on this comprehensive morning tour. Hear insightful commentary from your guide, and pass top Athens attractions including the Tomb of the Unknown Soldier, Greek Parliament building and Presidential Palace. Offering a perfect overview of the modern city, this guided half-day tour will help you get your bearings if this is your first visit to Athens.

The Athens half-day tour, depart for a photo stop at Panathinaiko Stadium where the first Olympic Games took place in 1896. It is the only stadium built out of white marble. Proceed, passing by Zappeion and Temple of Olympian Zeus.  You will then pass the Athens Trilogy which includes the University of Athens, the Academy of Athens, and the National Library.

Continue passing by National Garden, Hadrian’s Arc, St. Paul’s Church, Parliament, Tomb of the Unknown soldier, Schliemann’s House (Numismatic Museum), Catholic Cathedral,  Old Parliament, Constitution Square ,Russian Orthodox Church, and finally ACROPOLIS (visit Propylae the gateway, Temple of Athena Nike, Parthenon, Erechtheion with its Porch of Maidens). Stroll up to the UNESCO-listed site that served as the ancient citadel, and tour the buildings as you hear how they reflected Athens’ prosperity in the 5th century BC.

Continue the expert guided Athens sightseeing and museum tour with a pleasant short walk passing by Herodion and Dionysos Theater, in order to visit the  ACROPOLIS museum. Avoid and skip the lines of the new museum. Main attractions such as votives, artifacts of every day life, statues from archaic period, Caryatids, and of course the Parthenon hall with the metopes, the pediments and the frieze will impress you. 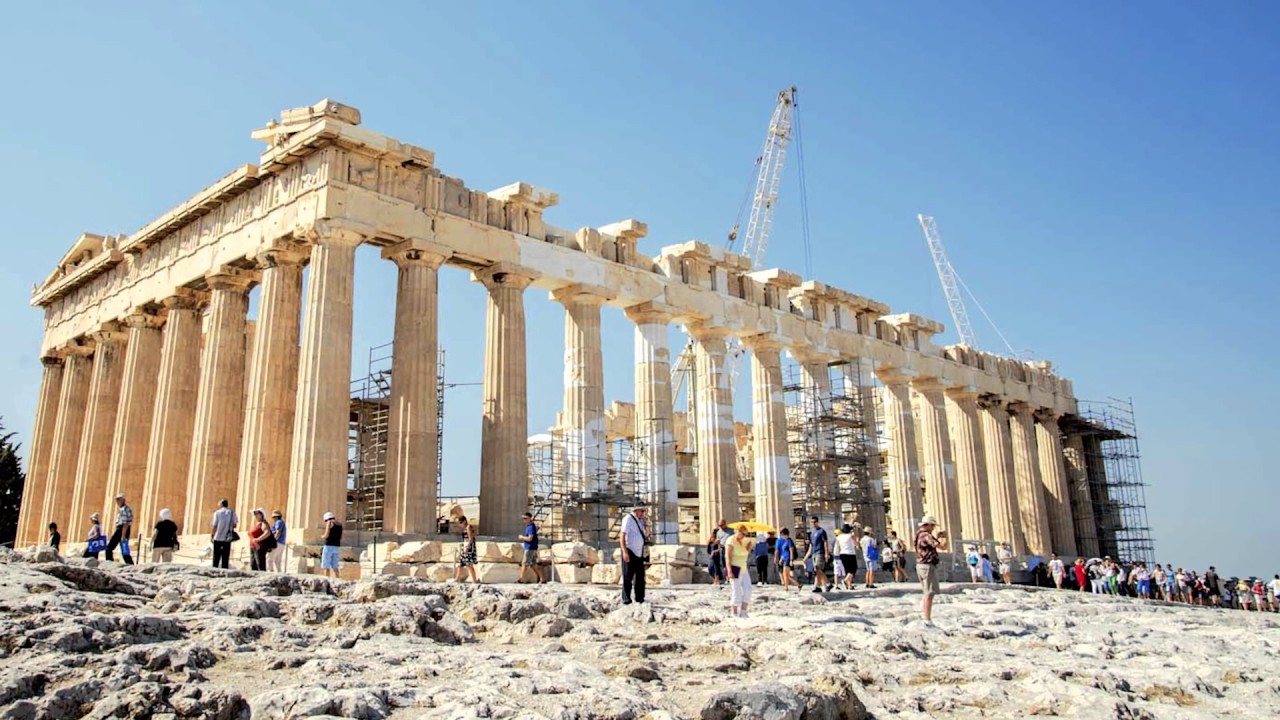 Entrance fees: Admission tickets are being paid to the guide at the start of the tour offering skip-the-line access. Please note that passport or ID card is required.

I highly suggest this tour for anyone looking to learn more about Athens huge history and the historical significance of the Parthenon. There is so much cool history here. Our guide provided us with all the important historical details we needed in such a way that we never got bored or tired. We thoroughly enjoyed visiting the Acropolis Museum, it's a new modern and clean building, structured in a way that helps you move around and explore each section. The driver was an excellent driver, the streets close to the Parthenon are extremely narrow and he was able to navigate them without any issue.

Our Guide for the tour, Kostas, (hope I got the name) was excellent. He made the tour so much fun.

Our guide Costa was very knowledgeable and quite comprehensive in describing and explaining the important details of what we were seeing. An excellent tour and experience.

Excellent tour! Our guide was so informative (Irene). Skip the line was excellent. A huge time saver and so great not to have to stand there in the Athens summer heat. A great experience!

Excellent tour, our guide was knowledgeable. The Acropolis was amazing, but be aware it’s quite a climb up hills which can be a challenge. Definitely recommend this tour and the tour guide.

Our tour guide Irene was amazing! So passionate and really brought the whole experience to a new level! Awesome! Her explanations of the exhibits in the museum were excellent

Athens Private Tours are ideal for truly getting to grips with the most poignant parts of Greek culture and history....
Leer más