Enjoy our awarded with TripAdvisor Certificate of Excellence 2019 tour and depart from our terminal for one day trip from Athens to explore the UNESCO-listed Archaeological Site of Delphi with an expert guide and learn how the city was considered the ‘Center of the World’ in ancient Greece and today one of the most famous archaeological sites of Greece.  Along the way, you will see the plain of Beotia, an agricultural center  and you will also pass by the city of Theva, the birthplace of King Oedipus. Immerse yourself in the myths and monuments of classical Greece on this full-day tour of Delphi from Athens.

After meeting your guide in Athens, hear tales about the ancient Greeks and their lives in Delphi while traveling to the town by air-conditioned coach. You will reach Delphi  towards Mt. Parnassos, making a short rest stop outside the town of Levadia.

First stop is a tour of the Delphi archaeological site – a UNESCO World Heritage Site and easily one of the most important digs in Europe.  Avoid and skip the lines of the archaeological site and walk around the evocative ruins with your guide, see famous monuments like the monument of the Argive Kings, the treasury of the Athenians, the Athenian Stoa, the Polygonal Wall, the monument of Platea and  the Temple of Apollo famous for its oracle.

Second stop is Delphi museum, with it's spectacular exhibits include the frieze of the Treasury of the Sifnians, the Naxian Sphinx, the Statue of Antinoos the metopes of the Athenian treasury, the famous bronze Charioteer, originally created to commemorate a victory during the 476 B.C. Pythian Games, and many other artifacts. Be sure to check out the bronze Charioteer of Delphi and the Sphinx of Naxos.

After lunch break, visit Athena Pronaia Sanctuary, the most photographed spot in Delphi. Return to Athens passing by the picturesque mountain village of Arachova, built on the south slopes of Parnassus, well known for its attractive hand-woven carpets, rugs and quilts, as well as for its wine and cheese (short photo stop). 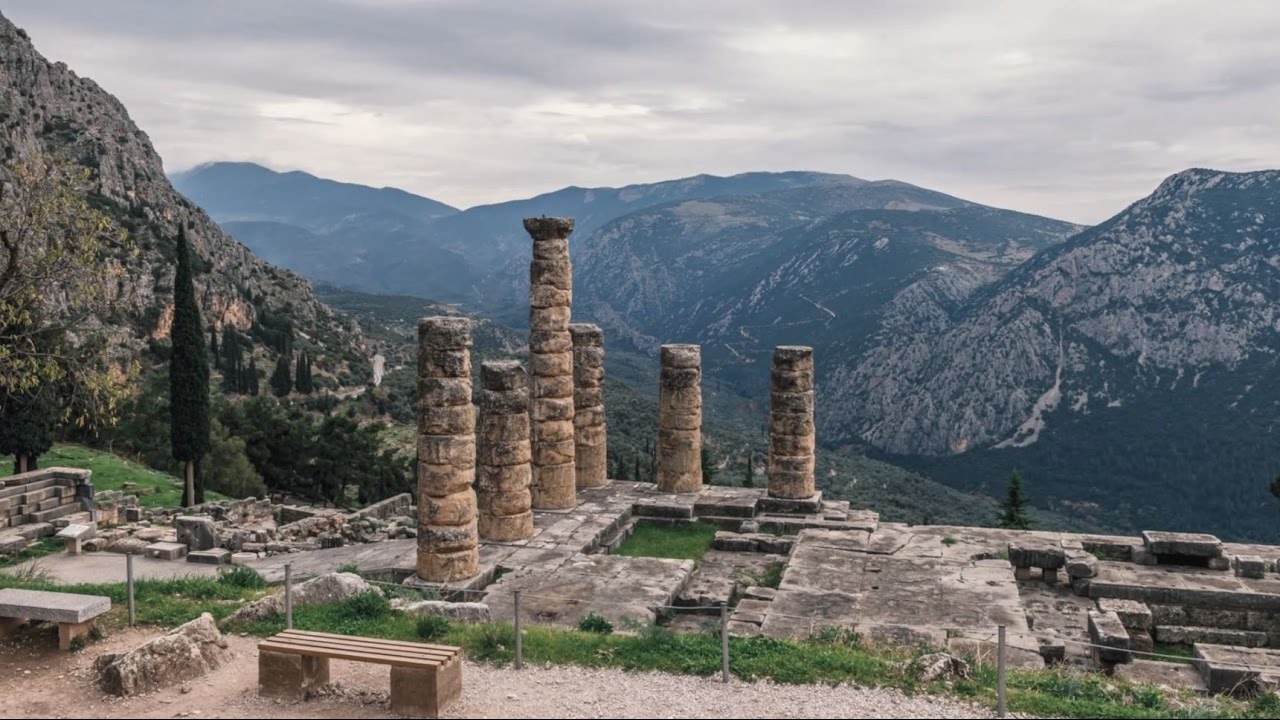 Keeping you safe (COVID-19 measures): Our staff is trained in the latest hygiene protocols and cleaning procedures. They use personal protective equipment (face masks/shields and optional gloves) and their temperature/wellness will be monitored daily to ensure a safe travel experience for you. Face masks are also required for travellers inside the museums. The capacity of our buses will be limited where required to follow the government guidelines. The average cleaning time is doubled both during the day and after the end of the tour at night. In addition, all sensitive touch areas such as seats, armrests, sidewalls, overhead bins, etc. are intensively cleaned and sanitized. The air inside the bus, on average, completely renewed every 3 minutes during cruise time. All Setra 515 buses in our fleet are equipped with HEPA/CARBON filters (High-Efficiency Particulate Arrestors), which capture more than 99% of even microscopic bacteria and viruses. Moreover, sanitizing dispensers are available at each door. Whisper audio devices will be given to all our travelers to keep social distance guidelines which are sanitized thoroughly both from our staff but also inside the charging cases with UVC lights. Lunch will be provided at restaurant that follows the hygiene protocols (if lunch option is selected).

During winter season (1 November - 31 March): The visit to Athena Pronaia Sanctuary will not take place due to the limited opening hours of the exhibition area.

On 5 May 2022 I took part as accompaning person with Ms Burkart in a one-day trip to Delphi with the guide Ms Marianna TS. I fully enjoyed the trip. Marianna is a very competent guide with great knowledge and an outstanding ability to explain things in an interesting way. She was also very considerate to the wellbeing of all participants. She speaks excellent English and her voice is very pleasant.

Highly recommend this extremely professional tour. The guide was very knowledgeable and presented
everything at a suitable pace. Extremely clean bus transport that ran perfectly on time. The lunch option
is worthwhile as the food portion is enormous (and delicious!).

It was a full day activity. Our guide was full of history. He switched back and forth between English and Spanish but still did an amazing job and the tour was awesome. If I had gone alone, I’d be seeing an archaeological site with Wikipedia explanation. Take the tour.

Had a Great time. Weather was not the best, but the tour was beautiful anyways. The guide was amazing, clear language and good at explaining and telling!

The view over Delphi and Arachova was breathtaking. Our guide was so knowledgeable and such a lovely lady. Would definitely recommend this whilst visiting Athens

This trip is a great way to see a large part of Greece. Our guide was knowledgeable and friendly. We learned the mythology as well as the actual history. It was so interesting. Delphi is an incredible place and I highly recommend this trip!

The tourguide was amazing. She had so much knowledge and was a good storyteller. Also, delphi was amazing and a beautifull sight to see!

anonymousNetherlands
map
Cancellation Policy
Cancel up to 24 hours prior the date of the experience for a full refund.
Related Tours
Epidaurus & Mycenae One Day Tour from Athens
View More